We're Rising to Meet the Challenge.  Join us!

Our reality is that we don't yet know what our world will look like in the Summer of 2021.  Among this uncertainly, one thing is abundantly clear: our commitment to our community remains as vital as ever.  Since the pandemic started we have risen to meet this challenge by helping kids and families remain connected to their potential, their purpose and to each other.

While the world changed around us, we stepped in to help.  We continued the Y’s tradition of building strong, more resilient kids and families by launching Summer Care and School Age Child Care and Remote Learning Support, allowing families the opportunity to work with peace of mind, and kids the chance to connect, learn and grow with their peers in a supportive environment.

We have continued in service FOR ALL, while removing barriers to inclusion and ensuring all are treated with dignity and respect, regardless of ability to pay.  Our work cannot pause due to uncertainty.  Significant need continues- and our Y stands ready to keep meeting the challenges.  The  2021 Virtual Peaks to Portland Swim to Benefit Kids is critical to our service to kids and families.  We invite you to join us by making Peaks to Portland part of your personal wellness goal in 2021.  Register to swim and make life better, more certain and more positive for kids in our community.

The Peaks to Portland Swim to Benefit Kids is one of the oldest open water swims in the world; since before World War II thousands have braved Maine’s waters to swim the 2.4 miles from Peaks Island to Portland’s East End Beach.  The tradition, and our impact on kids and families,  will endure this pandemic with your help.

Thank you for interest in, and support for, the YMCA’s youth development programs. Because of YOU, last year we served nearly 10,000 children and provided more than $1.2 million in financial assistance and program support, ensuring children and teens in our community had the opportunity to learn, grow, and thrive.

Fundraising as a swimmer makes a tremendous impact on our Y's work to ensure that kids have the experiences they need to learn to be resilient and to discover who they are.  Kids like Chase Cyr, a YMCA Summer Care participant, have benefited directly from the determination and passion of Peaks to Portland Swimmers 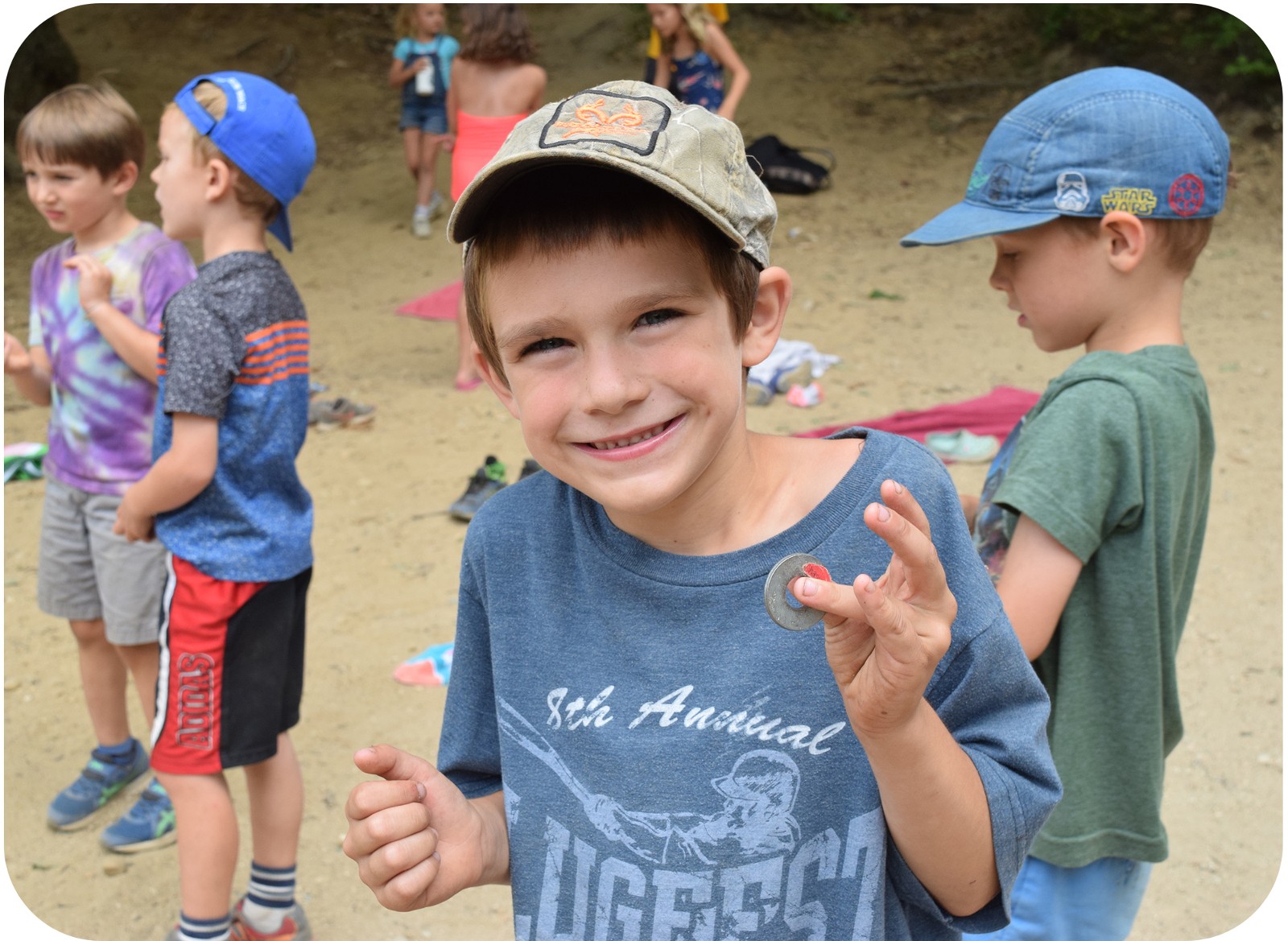 A Safe Place to Shine

If you’ve met Chase Cyr, chances are he’s excitedly told you a story about his favorite place. Otter Pond Outdoor Adventure Camp isn’t something that the eight-year-old only thinks about when school gets out and the days get longer.  “Chase talks about Otter Pond all year long, and loves to share his experience with others”, said his mother Casey Cyr.  It is not surprising why Otter Pond is always top-of-mind for Chase.  His experience at Summer Care has given him the confidence to do things he never thought he could.

Before attending Otter Pond for the first time in 2019, Chase and his mother Casey had just moved to a new town to find safety from a dangerous living situation. Chase had trouble adjusting to a new place and a new school and struggled with social difficulties related to bullying, low self-esteem and bad behavior.

Casey signed Chase up for Summer Care at Otter Pond with the hope that he would be able to practice social skills in his favorite setting: the great outdoors.  Chase is passionate about fishing and loves nothing more than holding a fishing rod in his hand next to a lake or stream.  The first summer at Otter Pond, Chase showed immediate signs of progress: once very shy, he began to interact with his peers, become more trusting and felt comfortable opening up to other kids and to staff. Camp Director Liza Stratton remembers the progression clearly.

“When he started, he was shy and reserved and very quickly came out of his shell and was excitable, talkative and loved everything that Otter Pond had to offer.”

Camp offered Chase a safe space to be himself.  “At the beginning of the summer, he didn't want to dress up for our special days because of the bullying issues at school”, Liza mentioned.  “As the summer went on, he began dressing up and participating because he knew it would be safe and fun to do so at camp”, she said.
Casey noticed the changes right away too.

“Going to Otter Pond has given Chase something to look forward to, provided increased social skills and brought him out of his shell”, she said.  She is especially appreciate that Summer Care has given Chase positive and stable male role models, something he has lacked in his life thus far.

And Fishing? It is still his favorite thing to do, and he particularly loves to fish at Otter Pond.  In fact, Chase became the go-to kid at Summer Care for fishing instruction, often taking other kids under his wing to show them the ropes. Casey says that helping his peers has increased Chase’s confidence dramatically, and is something that he is very proud of.

Summer Care at the YMCA of Southern Maine has had a profound impact on Chase. “The consistency, the experience of being outside with other kids, and of being loved and cared for by people other than me has changed his life”, said Casey.

Thanks to generous donors, Summer Care is available to all kids regardless of their family’s ability to pay. Stories like Chase’s are possible because the YMCA believes that every kid deserves the opportunity to discover who they are, and who they can become, regardless of financial standing. This belief stands firmly as a core value of the Y’s mission thanks to the supporters who invest each year to secure it.

Get The Word Out